Apple and Samsung for years have been trying to outdo each other in as far as the introduction of new smartphone features is concerned. If a particular company introduces a new smartphone feature, then the other one will quickly respond by introducing almost a similar feature. It is therefore of no surprise that Samsung has introduced AR Emoji to counter or compete with Apple’s Animoji. The AR Emoji for Samsung Galaxy S9 and Note 9 enables you to create a digital cartoon version of you and then using your phone’s camera you can animate your cartoon version.

Even with the similarity in general function between Apple’s Animoji and the AR Emoji, they still differ in several significant ways. For example, when using Apple, recording of your animations is done in the Messages app while the AR Emoji is created in the app for the camera. Consequently, before we can know how to use AR Emoji, let us first take a look at how you can create one.

How to Create Your AR Emoji?
How to share AR Emoji?

How to Create Your AR Emoji?

Step 1. Launch the camera application.
Ensure that you switch to the phone’s front camera by simply tapping the icon for the camera switch.

Step 2. Once you are now using the front camera, you will see that there are a host of options provided at the screen top. Tap or swipe to AR Emoji. 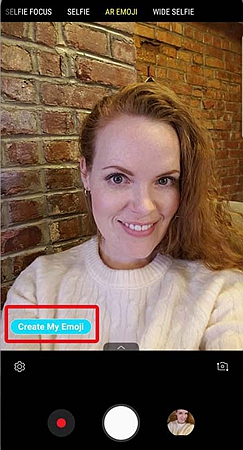 Step 3. At the screen bottom, tap first the face symbol then the option labeled create my Emoji. 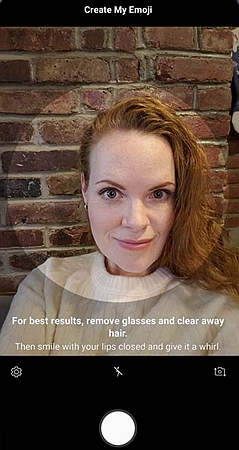 Step 4. Your head should be centered in the viewfinder or the on-screen circle. You will be advised by the app to remove your glasses if you happen to be wearing any, remove any hair blocking your face and smile with closed lips.

Step 5. Once you have snapped your photo, the app will ask you to choose whether you are a male or a female. This option is important in terms of choosing your clothing and hairstyle. Once you have chosen your gender, simply tap next. 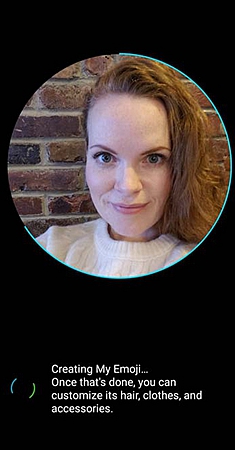 Step 6. Your cartoon version will be created by the software of Samsung. You are then able to customize your digital cartoon version according to your preference. That is because often the avatar created is far from resembling you. To customize the avatar, you can choose your preferred hairstyle, hair color, skin tone, sunglasses and outfit from the collection provided. Once you have finished customizing your AR avatar, the end product will be displayed below the viewfinder in the application of the camera. 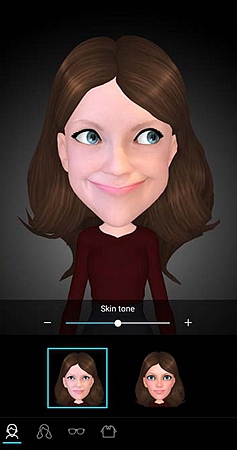 Enter a new phone number or select a contact.

Step 2. On the message field, on the right,you will find the sticker button or the smiley face icon.

Step 3. Your phone has already employed the use of your created AR Emoji to create animated GIFs of you expressing different emotions. Select the particular animated GIF expressing your mood for you to place it in your text and share it with a friend. It is advised that if you want to share stickers using a third-party messaging app then ensure that it supports expressive or animated GIFs. If the app does not support animated GIFs then the expressive Emoji will be sent in the form of a still image which is really not that charming.

Step 4. Tap the send icon for sending a message which in appearance resembles a paper plane.

It is also possible for you to create and share your video as an Emoji. First, the recording has to be done in the camera application. The emoji created should imitate any of the facial expression you made while facing the camera. If your cartoon version appears creepy to you, it is possible for you to choose from the default cartoon characters options provided by Samsung. To the left of the text field which is blank, there is the feature enabling you to select your particular video from the camera roll. At this point, simply tap the send icon.

In conclusion, even though animating you using the camera app does not provide stellar results, this feature still has the potential to offer you a lot of fun. Moreover, the company has also announced that through their partnership with Disney, they will be able to create AR Emoji varieties of Minnie Mouse, Mickey Mouse and other various “The Incredibles” characters. You never know, Samsung may decide to add also the popular Marvel cinematic universe characters.