OnePlus 6T Tips: The Hidden Gestures You Need to Know on OnePlus 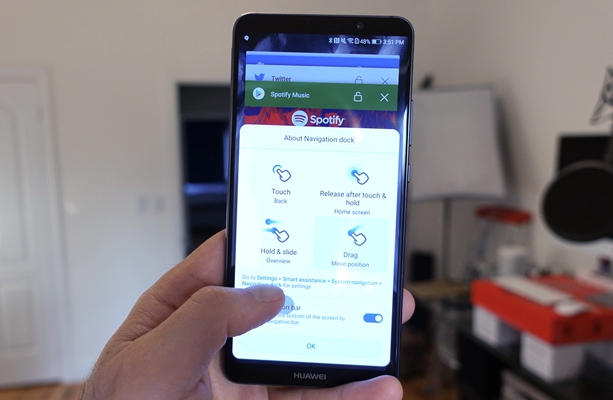 OnePlus 6T has an easy way to get you started on using gestures. Though you may take some time before you are fully accustomed to using gestures, once you get the thrill of it you will never go back to using the fixed navigation.

2. Tap the “Buttons” option in the settings interface. Select the “Navigation Bar and Gestures”.

3. Tap the “Navigation Gestures” to enable the gesture-based navigation. You will get a short demo at the bottom part of the screen showing you how to use the navigation gestures. You will also notice that the navigation bar is hidden and the user interface occupies the whole screen. 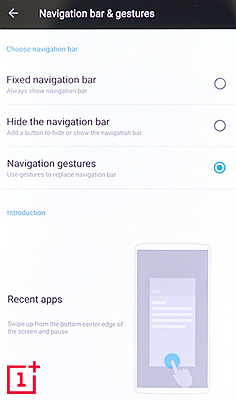 These are gestures which can be performed while the screen is on. These system gestures are two. The first one is the ‘flip to mute’ which mutes an incoming call when the screen is turned downwards. The other one is the “Three-finger Screenshot” where users can take screenshots by swiping three fingers across the screen.

To enable the system gestures, follow the steps below:

Under customization, tap the “Gestures” button. You will be taken to gestures interface with system and screen off gestures.

3. To enable the “Three-finger Screenshot” tap the toggle button on the right side of this option from off to on. 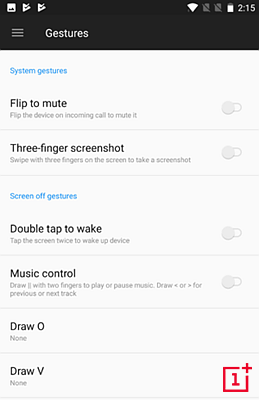 There are two main screen-off gestures which have already been assigned specific functions. The first one is the Double Tap gesture. Once enabled double tapping the screen will switch the display on. The other one is the Music Control gesture. Once enabled drawing two vertical lines (||) will play or pause the music. Making < or > shape on the screen will make the player move to the previous or next track. 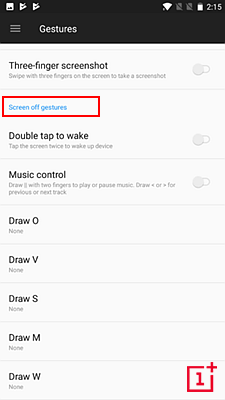 Use the above gestures incorporated in your OnePlus 6T and gain more control over your phone. These gestures will benefit you by helping you to quickly perform different actions on your phone, increase the overall convenience of using your device, and free up the screen space by removing the navigation tab.