There are several scenarios which may raise the need to clear the cache and data of your Facebook messenger app. One of these is when you reach a point and you notice that the device starts to hang or the Facebook messenger app becomes slower than normal. Another scenario is when the phone storage starts to fill up. The internal storage of your phone may over a period of time become depleted and you face the need to free up some space. You can as well be in need of resetting the app preferences and you are not sure where to begin from. All these scenarios raise the need to clear the device cache and data.

This article will give you useful information on how to clear storage space of Facebook & Messenger on iPhone and Android devices. But before going further below are the summarized highlights on why you may need to clear the app cache and data from time to time. 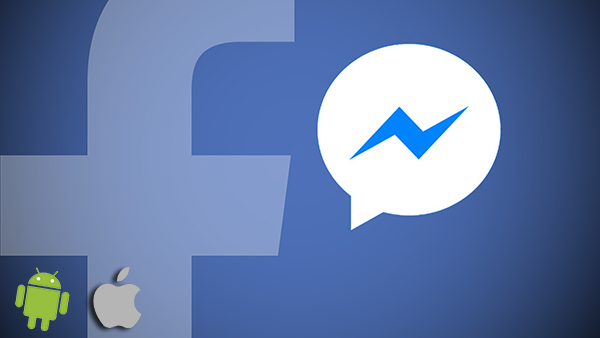 Difference between cache and App data

Most smartphone apps store data on the phone storage for various purposes. The data could be stored in form of cache or permanently stored in the phone internal or SD card storage. Cache refers to the temporal data stored on your phone memory to enable that specific app to remember your user preferences and load the previous user sessions efficiently. In the case of apps which connect with the internet, cache storage is utilized in storing image thumbnails, recent messages, and any other information which you may need to access in the future.

An app can store data permanently on the phone storage instead of caching it. Information stored on the phone permanently is not easily deleted and the app does not update this information with time. For instance, if you receive a PDF file from one of your Facebook Messenger contacts and download it, this file will be stored in the internal or external storage of the phone. Clearing the Facebook messenger cache will, therefore, not delete this file.

Why You Need to Clear App Cache and Data

1. Free up the memory space of your phone

Over time, your phone memory gets filled up with all forms of app data. Some of this data stored on your phone may not be that useful. This data could also be consuming much of your storage space on your phone and limiting you on the kind of useful files you can store in the phone storage. To deal with this accumulated data, you may opt to clear the cache and the data associated with these memory-consuming apps.

2. Solve the hanging tendencies of your phone

If you have several apps with large quantities of cache data, you will eventually exhaust the main memory space. The end result is that your phone will start hanging and executing processes quite slowly. This is because the processor cannot access information from the main memory (Random Access Memory) and thus has to make requests for such information to be loaded from secondary storage (Read Only Memory) which is slower than the main memory. The end result is a slow and hanging device. To solve this, you need to identify the apps with the highest cache memory and clear such cache data.

3. Increase the load time of the apps

If you tap an app to launch it, several processes take place in the background. The app which is usually stored in the ROM (Read only memory) otherwise known as secondary memory is fetched by the operating system and cached on the main memory. This ensures easy access to the various app operations by the processor and the input/output devices such as the screen and the speakers.

If there are several apps running with huge chunks of cached data, the main memory which serves the processor will be largely filled. The operating system after detecting that the main memory is filled up will start relieving it by transferring some of the processes held in the main memory to the secondary storage. The result of all these processes is a slowed load time of apps. To avoid this, you can manually clear the cache data created by the various apps and decrease the load time of these applications.

5. When you buy a second-hand phone

To some readers, this may be ridiculous. But it happens. Sometimes due to budget constraints, you may choose to buy a second-hand smartphone instead of a new one. Obviously, the previous user will have set his/her own Facebook and messenger preferences.

Facebook and messenger, like many other smartphone apps, store data on your device. Before delving into the details on how to clear storage space of Facebook & Messenger on iPhone and Android, it is important that you get the highlights of the pros and cons of clearing the cache and data stored by Facebook messenger on your device.

* Create more space on your device

* Risk of losing user preferences and settings.
* More data will be used to load messages since there is no cached offline copy of such messages on your device.

* Images may take longer than normal to load since they are being fetched anew from the Facebook website.

How to Clear Facebook Messenger Cache or Data on Android

Follow the steps below to clear the cache and data of Facebook messenger on your Android Device.

1. Select the settings icon on your Android device. The default appearance of this icon is a rounded-gear thumbnail and thus you should have no much difficulties identifying it.

2. The device settings interface will appear with different sections such as the wireless and networks section, device section, personal section and systems section.

3. Since apps fall under the device section, look for the menu item named ‘Apps’ or ‘App settings’ This variation of naming is dependent on the Android version installed on your device. Select the ‘Apps/ App settings’ option to move to the next interface.

4. All the apps installed on your device will be displayed. Usually, these apps are sorted in an alphabetical order. (A-Z order).

5. Scroll downwards and tap the Facebook messenger app to display the setting preferences associated with this app.

6. Several settings will be shown such as the option to uninstall the app and force stop it. Under the storage settings of this app, you will see a figure indicating the amount of space consumed by this app on your device. Tap on this ‘Storage’ option to go to the next interface.

7. You will get a detailed data on how the Facebook messenger has used the offline storage space. If you want to clear the cache data, tap on the ‘Clear cache’ option. If you wish to clear all the data associated with this app tap on the ‘Clear Data’ option. Note that doing this may force you to log in to your messenger app the next time you need to access it.

How to Clear Facebook Messenger Cache or Data on iPhone

IOS operating system does not provide options for clearing third party cache and data. Though there exists some software applications which will help you do that, these software packages are loaded with requirements and some are not free. However, there exists a manual method of doing it without much struggle. Just uninstall and reinstall the Facebook messenger app and all the cache and associated app data will be cleared from the phone storage.

Below are the steps to do this:

2. Select the General tab then choose the usage menu option.

3. Select ‘Manage storage’ option and you will get a list of apps installed on your iPhone device.

5. After this, you will just need to reinstall this app and enter your login credentials.

Though the Facebook messenger cache and data stored offline is essential for increasing the app efficiency, over-accumulation of this data has its challenges. Accumulation of such data on phone storage will slow the device and lead to hanging tendencies, deplete the available storage space, and decrease the speed of operation of other apps installed on your device. To solve this, you will need to know how to clear storage space of Facebook & Messenger on iPhone and Android devices and do this from time to time.